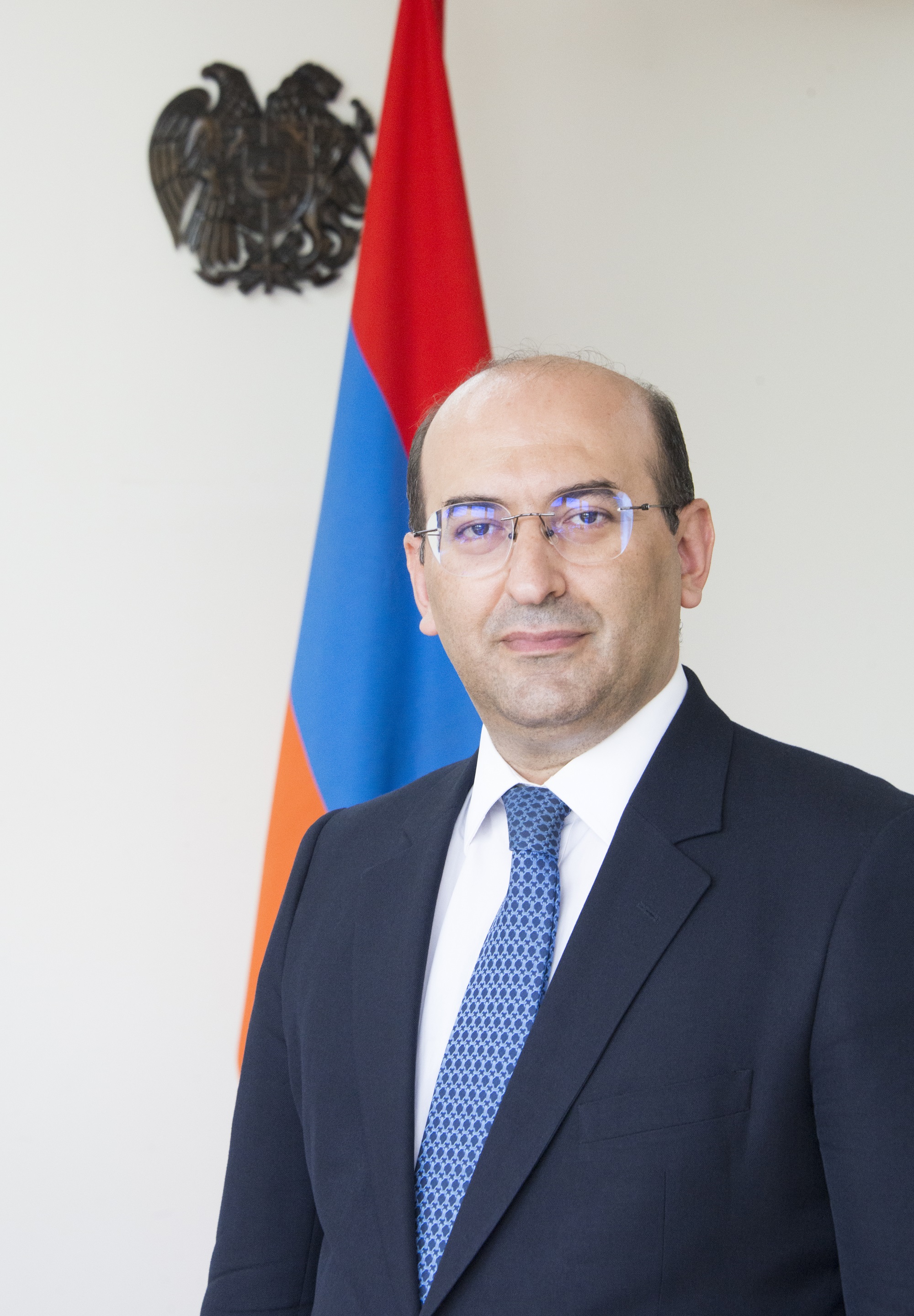 Date and place of birth

2021 August-Sept Advisor to the Minister of Foreign Affairs

2016 May 28 – 2021 April 25 Ambassador Extraordinary and Plenipotentiary of the Republic of Armenia to the Republics of Lithuania, Latvia and Estonia

2010 June – 2016 May Acting Head of the Department of Press, Information and Public Relations, Ministry of Foreign Affairs of Armenia

May 10, 2018 Medal of Honor of 1st order of the MFA of Armenia for most effectively fulfilling official duties during long service

Author of a monograph and more than two dozen articles on political theory, international relations, and regional politics

Married with 3 sons and a daughter